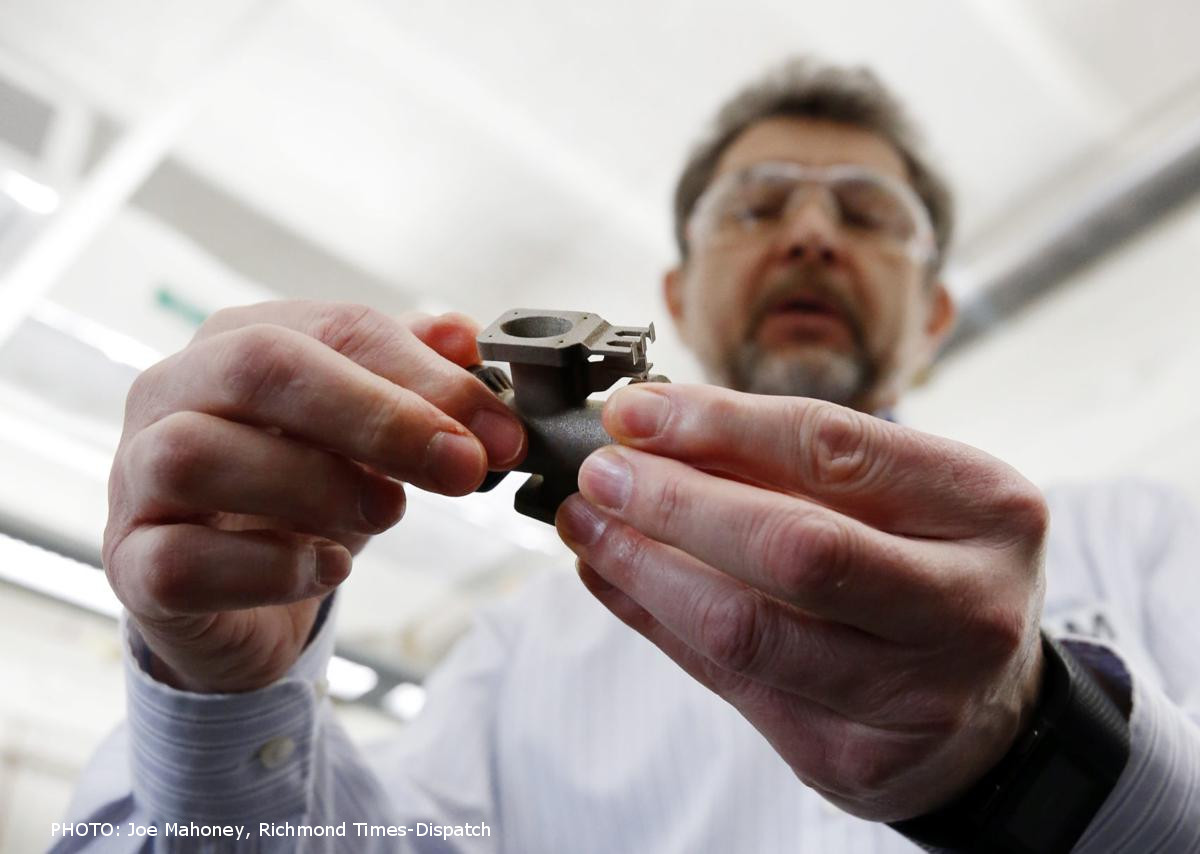 A wheeled, autonomous robot moved around parts of the Commonwealth Center for Advanced Manufacturing during its “automation research day” in early February, a day when dozens of guests from various industries, universities and government agencies visited the research center to discuss the latest trends in factory robotics and automation.

Among the various research projects happening at the center — known as CCAM, for short — researchers are testing how autonomous robots such as the one operating in the center that day — an MiR 200 robot — can be integrated into the “digital factory” of the future. One possible use is to help businesses remotely monitor manufacturing processes. Automated transport of tools is another.

“You can imagine that you can use this interactively with personnel who are in manufacturing,” as well as with other robots, said Tim Ward, manager of research operations at CCAM. “If you want to use it for transport, you have a robot that is programmed to pick up tooling at a station and transport it.”

The use of automation, robotics and artificial intelligence in manufacturing is one thrust of center’s research work, and a vitally important one, said Will Powers, CCAM’s president and CEO.

“Automation and artificial intelligence is where modern manufacturing is headed,” said Powers, the former chief financial officer for aircraft engine maker Rolls-Royce North America who has led CCAM since 2016.

CCAM, a 62,000-square-foot facility on West Quaker Road in Prince George County, opened in 2013 and operates as a partnership among more than 35 private companies, public universities in Virginia, and government agencies. Its goal is to conduct research to develop innovative new manufacturing processes and technologies. <more>